PostgreSQL Database Exfiltration through the abuse of PostgREST requests

Howdy y’all, readers and fellow hunters! Here is Samuele ‘indevi0us’ Gugliotta again, this time to present a web application vulnerability found within a private bug bounty program on Hackrate, during the middle of the last year, 2022. Let’s cut the pleasantries short and get right into the action.

PostgreSQL Database Exfiltration through the abuse of PostgREST requests!

The vulnerability described in the report referenced within the current article would have allowed the database exfiltration, through abuse and malforming of application requests directly related to the usage of the external component PostgREST, used as a standalone web server, as well as an alternative to manual CRUD programming.

As a target in-scope of the above-mentioned private Bug Bounty Program (BBP), there was a web application, accessible following authorization through HTTP Basic Authentication, in which financial data inherent to registered organizations was imaged, processed and finally modified. Thus, the user provided for testing activities could access such data through certain dashboards, including tables which were being loaded on the front-end through a couple of GET requests in a fairly common pattern. Specifically, the uri /pg/<table_name> was passed, followed by the addition of the GET parameter select always turned out to contain the * value.

Looking at those requests in their entirety, they inevitably seemed somewhat suspicious and definitely deserved a little more attention:

So, I fired-up my preferred web application proxy, Burp Suite, to intercept those requests before the tables within the dashboard, as well as their content, were fetched. There was not much to expect in a GET request, right? Wrong. In many contexts, bug bounty especially, the attention to detail is a key. Checking the contents of cookies or HTTP headers passed within certain requests can result in opening up several routes, which followed in the right way, with the right approach and a good dose of creativity, lead to some of the most interesting bugs.

In this specific case, the HTTP X-Client-Info header turned out to contain crucial information, as it allowed me to fully understand the logic behind the application and the reason why these requests were being passed in precisely this way, confirming previous suspicions.

It was found to contain the following string:

What is that really?

Let me confess that before that moment I had never seen applications using it before, and it was quite new to me, so I armed myself with patience and driven by a natural interest I went to read, and study, the official documentation of PostgREST.

I’m not going to quote every part of it, so I suggest you go and read it directly should you be interested, otherwise expect a tl;dr below.

As it states, ‟PostgREST is a standalone web server that turns your PostgreSQL database directly into a RESTful API. The structural constraints and permissions in the database determine the API endpoints and operations”.

I couldn’t have asked for a better revelation! Suddenly, the GET requests that were being passed initially had a clear logic. Let’s disassemble them:

Having clearly understood, at this point, how the application worked, all that remained was to abuse it.

To show the absolute impact of such a vulnerability, generally an attacker is interested in database tables that may contain sensitive content. For example, the users table is often targeted for obvious reasons, as it contains the information including name, id, e-mail and (hashed, hopefully) password of all existing users in the system.

I think it’s fair, at this point, to specify that the use of PostgREST in general is by no means a security vulnerability, but it’s essential to apply the right authorization and access control side checks to make sure that a user, so in the worst case an attacker, cannot access content that they shouldn’t access by-design. Restricting certain specific database tables and just accepting queries from the application to sanitized ones that don’t contain content outside of what an average user should be accessing is what should have been done at best, but actually failed this time.

Having clarified this, let’s talk about the exploitation.

Intercepting again the GET requests that are sent by the application whenever the content of the dashboard is refreshed, let us dwell on the first of the requests that fetch the content from the PostgreSQL database tables. The first one was /pg/vw_contract_with_orgs?select=*. After intercepting it, I forwarded the request to the web application proxy repeater to allow me to quickly edit and test it while doing so. Then, I modified the query to point to the users table instead of vw_contract_with_orgs, so that the final request resulted exactly like /pg/users?select=*. Sending that request, I was confronted with a first resounding epic fail. Indeed, the application response was:

Apparently, the access to the users PostgreSQL database table had been properly secured by restricting users by inherent permissions. However, I didn’t put myself down. Rather, think about the logic of that select and how it should look on the back-end side. Having all the elements in view, it had to be something like:

What if we don’t really care to see literally everything? What would you do if you were only interested in seeing something specific within a database table?

I think you would make a query only to the columns you are interested in.

So, I modified again that GET request, until it resulted in something like:

And consequently on the back-end side:

The application returned the contents of the id column in the users database table, referring to the identifiers of all existing users.

I continued by chaining other columns, such as email, updated_at, created_at, dividing them by comma in the request, so like:

And I kept going on as long as the application allowed me to do so from an authorization standpoint, returning each time the requested content through that select, which taking shape resulted in something like:

Considering the failed checks at the access control level, I wouldn’t have ruled out that there were other interesting tables to exfiltrate.

Possibility to abuse the usage that the application makes of PostgREST to make queries on PostgreSQL database tables that normally should not be accessible to a user, exfiltrating sensitive information.

Thanks as always to the HACKRATE team for giving me the opportunity to mess around in another very interesting private bug bounty program and for triaging my report. Heartfelt thanks also to the Customer team for taking my report seriously, resolving the issue, and deploying a fix in an absolutely respectable time.

That’s all for now. 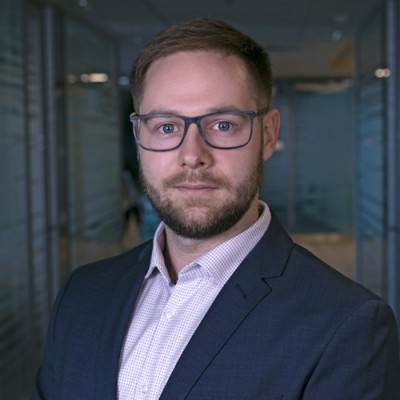 The purpose of the next few lines is to give some tips for those who just started diving into hacking. The topic is divided into two parts. Firstly, I would like to present one way to build an elementary knowledge base; then, I’ll give you an idea of how you can use it in bug bounty.

How can I measure the security level of our IT systems? Should I change our pentester company every year? Where should I store the results of pentest reports? Are these questions familiar to you? If so, keep reading.